Through the highs and the lows, the good and the bad, the irrepressible heat and indescribable cold, these are the albums that spoke to us most directly and persistently this calendar year.

Pardans burst into our lives like a long-lost maniac of a younger brother banging on the front door at 5AM. The Danish 6-piece literally kicked the door off its hinges with their debut LP ‘Spit and Image’; a 13-tracker so colourful that if we’re honest, we’ve been forced to turn it off a few times when the mood wasn’t right. Having said that, when the mood IS right, ‘Spit and Image’ stands alone as one of the most striking reveals of the year; extremely impressive musicianship combined with razor sharp lyricism that has us genuinely excited to see the band blossom and grow.

“Is it normal to watch this everyday?”

We first heard sounds from MM’s hotly anticipated new LP on his Tiny Desk Session back in August. We’ve always had a soft spot for Mac, most people do, but what he rolled out at the NPR offices that day made us see him in another light. It was a moment of real transcendence. He levelled up.

In that live setting, guard down, connecting WONDERFULLY with his band and the music he was responsible for…

Including the talents of long-time friend and collaborator Thundercat, Mac worked his way through three stand-out album tracks (“Small Worlds”, “What’s the Use? and “2009”) with a level of poise and precision that had us well and truly gripped, and while the album may lose a little from bars-to-camera-live to studio-mixed-and-mastered, the deeply reflective and heartfelt narrative that dominates ’Swimming’ cements Mac’s legacy as truly one of the most gifted lyricists of his generation.

On ‘Be The Cowboy’ Mitski traverses the spectrum of love, lust, loss, companionship and heartache with such verve that she seems to offer up a new twist on each of the above with every spin.

Each track feels like a different chapter in a novel that tackles notions of love across multiple shades. It is captivating, wonderfully upbeat and instrumentally SUPER warm. As a result, the album feels filmic, with a heady mix of reality and fiction making for a full-blooded and totally gripping narrative. At 14 tracks long (only two of which run over the 3-minute mark) ‘Be The Cowboy’ is a razor sharp listen that doesn’t plump or drag at any point.

Most strikingly has to be second single ’Nobody’, which paints a picture of TOTAL and UTTER loneliness, at the same time as remaining wickedly upbeat, which is an achievement in itself if you ask us.

Choker lit up the middle of our Summer with ‘Honeybloom’, the follow-up to his supremely impressive debut album ‘Peak’ from just the year before. It was always going to be interesting to see which direction the Michigan native went in as a result of the runaway success of ‘Peak’; would he retreat from the Frank Ocean naysayers or turn it up to 11? It turns out he went somewhere in the middle…

‘Honeybloom’ is a rich and ambitious record from one of the most exciting voices in the post-Blonde universe. It is a genre-defying listen that has us thinking of Summer. We revisited it today, it took us back there. You should give it a go.

PS – We can think of worse things to be compared to than Frank Ocean, can’t you?

We adore the way Adrianne Lenker sees the world. She writes with an instinct that sees beauty in the finer details and magnifies them in a way that only the most gifted songwriters are capable of. On ‘Abysskiss’, Lenker leaves the safety of the Big Thief house behind for a body of good old acoustic voice-and-guitar folk; the record took a week to record and within this front-footed DIY aesthetic a special feeling thrives.

‘Abysskiss’ is an intimate, secretive, whispering (but also wonderfully macabre) account of Lenker’s origins and how coming of age felt as part of what can only be described as an extraordinary upbringing in the American midwest.

Amen Dunes (Damon McMahon) has been carving his very own niche in the world of experimental indie-rock across five stellar albums, and with a series of heart-wrenching themes running through his latest offering it stands shoulder-to-shoulder with his best work to date.

‘Freedom’ is not just a clever name. There is no handbrake on McMahon’s fifth album, at any point. The floodgates are well and truly open. It feels limitless in scope and FULL of joy and pain. In the face of supreme adversity (McMahon’s mother was diagnosed with terminal cancer as he began recording) and by tapping into his own troublesome upbringing, Amen Dunes has revealed yet another exquisite body of work that feels infinite, and a near-perfect follow-up to 2014’s strikingly beautiful ‘Love’.

Grouper composed and recorded ‘Grid Of Points’ at the Ucross Foundation in Wyoming as part of a music residency back in 2014. She found herself snowed in as the weather outside reached lows of -18 and after developing a terrible fever she cut the recording process short. For us ‘Grid Of Points’ represents precisely what we imagine those settings to feel, look and sound like.

At just 22 minutes long, the album is steeped in mystery and intrigue; it arrives then vanishes like a fever dream and even after listening through two or more times on repeat any given day ‘Grid Of Points’ persists as a fitting soundtrack.

Having waited four long years for new music from Grouper, we find it both impressive and daring that even under pressure from her record label to add more songs she stayed true to a real-life end-point. As she explains…

“This music is about representing something that cut off too early.”

*On repeat since it dropped last Friday.

Lyrical ability and extreme anxiety / depression are one hell of a combination. Not that we wish the latter on Earl Sweatshirt, far from it. We don’t know the deeper details of his personal plight, what we do know is the trials and tribulations of the man manifest on wax in quite extraordinary fashion.

There is no question that 2018 has been awash with wonderful work across the rap spectrum, but as the genre continues to morph and distort into a truly dumb and dumberer beast of a thing, Earl Sweatshirt’s reincarnation as the torchbearer of ‘the other way’ is both timely and well worth celebrating.

We especially love that Earl stays true to the time-old writing techniques that make up 99% of backpack rap records. The reason he does it better than anyone else is you can feel the fear, the sorrow and the uncertainty in both his words and his voice. He raps from a place you either have or haven’t been to, he certainly has, it’s as if the words that made it onto the page weren’t ever penned, they feel that solemn and sincere.

‘Some Rap Songs’ flows with a downtrodden, drug riddled vigour. The instrumentals are rough and unpolished diamonds made up of broken and busted jazz and soul loops that perfectly complement 2k18 Earl; a troubled genius with nothing to prove but plenty to say.

Tirzah Mastin and Mica Levi combined in 2018 on an LP that sounded pretty much unlike anything we’ve heard. Sure, the parameters of ‘Devotion’ aren’t a million miles from the post RnB sonics that Tirzah made waves with back in 2013/14/15, nor is the album light years from the signature instrumental abstractions that saw Mica Levi touch down in Hollywood. What we find so special about ‘Devotion’ is the attention to detail that fuses the two together. These two were MADE to make music together and ‘Devotion’ deserves its place at the very top of these sorts of lists.

It is weird, weird music, and we LOVE it. At times discordant, at other times unbelievably beautiful.

Hands down the most brilliant thing about ‘Devotion’ is that Tirzah and Mica are BFF’s and have been since they were fifteen years old. This relationship manifests itself in the music, we hear it throughout. As a result, ‘Devotion’ lays a strong claim to the argument that keeping things in-house is where the real magic happens.

We think of Kurt Cobain when we listen to Snail Mail. Maybe it’s the blond hair, hell, maybe it’s the way she pronounces ‘anyways’. Anyways, it’s not just KK who pops into our head, we find ourselves persistently catapulted back to the nineties when we listen to her wonderful (re)brand of the sounds that dominated our formative years.

There is an honesty present within the looseness of the strings and the heartfelt (and heartbroken) prose that has burrowed deep for us this year. Not that Snail Mail knows any different; she released her first EP in 2014 at the tender age of fifteen, and now, all grown up at nineteen, Lyndsey Jordan is responsible for a body of work that channels a life-set of feelings we will forever be able to relate to.

Why? Because no-one ever truly forgets what it feels like to be a teenager right? 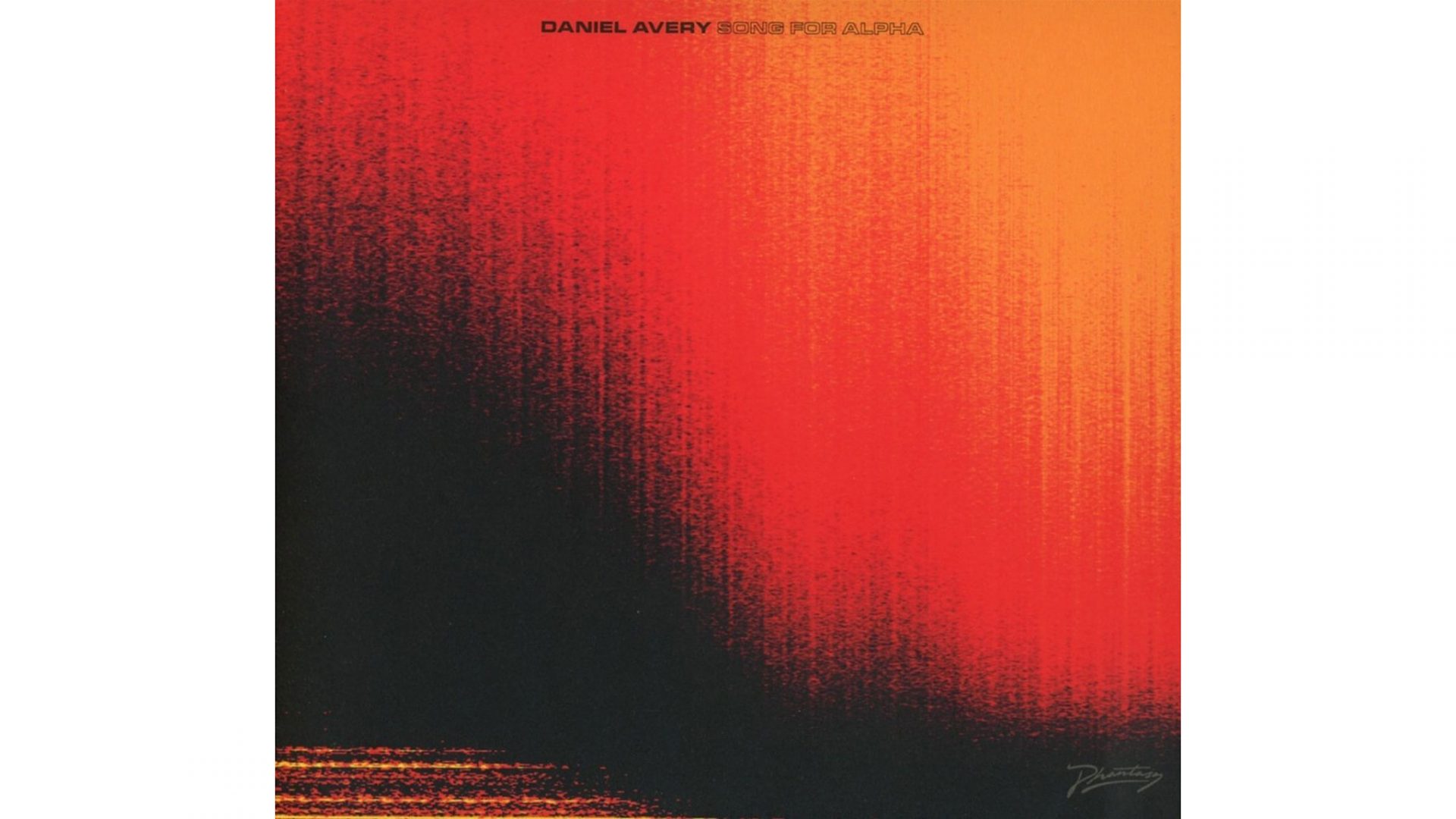 Yves Tumor – Safe in The Hands of Love