#IANDMEstories is a collaborative series exploring the work of our favourite creatives.

Next up is Billy Wells; a skateboarder and filmmaker from Four Marks, Alton. We followed Billy as he introduced us to some of his favourite spots and spoke (over a full English) about his love for skating South London.


BW: Skateboarding is in a good place. It is increasingly unlikely for a Blue Bolt wearing skater to get labelled a “greebo” or “grunger”; more likely they’ll probably roll all up in front of a former hecklers new iPhone X and generate a couple thousand views for them on Instagram…

The popularity is at an all-time high, they’re two years away from making it an Olympic sport for crying out loud. Naturally this announcement received a mixed reception from the skate community, but who really knows what this will do for our beloved pastime? Might be good, might be bad. At the very least I would hope that raising the profile of skateboarding will trigger a shift in attitude, akin to that of Copenhagen, Malmo and… Hull?

(Side note: I’ve heard that as part of Hull’s regeneration it is becoming Europe’s next skate friendly city. If any Hullensians could confirm that, that’d be great). 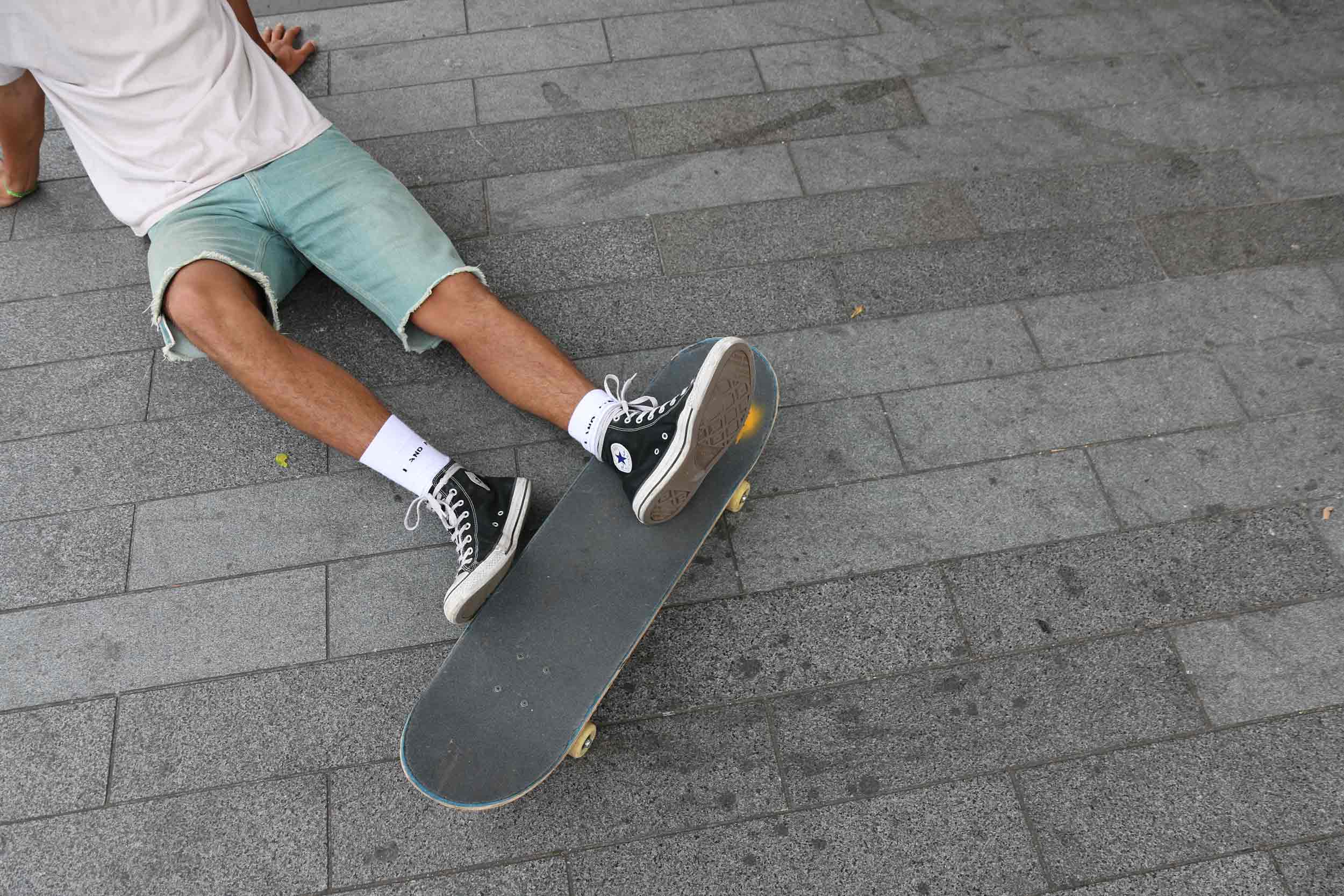 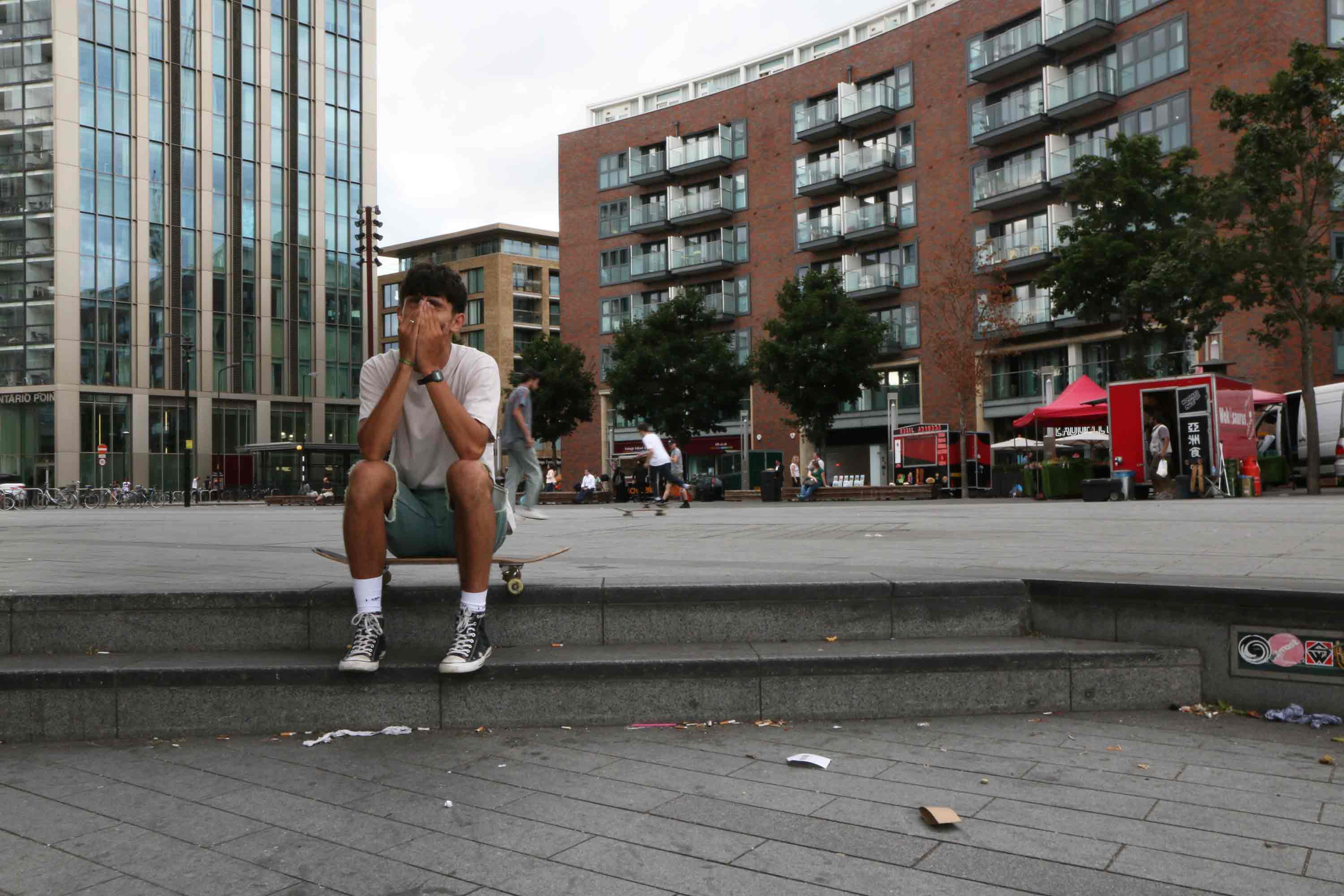 Or, will it simply continue on the path to “sell out-dom” until it climaxes and Nyjah Huston’s lycra laden, velodrome looking-ass busts a 360-Monster-Energy down London Bridge? Speculation aside, let’s face it, if you don’t think skateboarding hasn’t already become a corporate orgy, then you haven’t been paying attention. As individuals, we are entirely capable of keeping it real and ignoring the banality of the marketing machines outside influence by surfing the sidewalks like they did fifty, sixty, seventy years ago. Whether it’s the curb cut outside of your suburban terrace, a winding country road or the illuminated London streets, I have always (and will always) gettit!

My skating career started, unfortunately, on the second of the three previously mentioned spots, a winding country road, with a spine of mud and grass running down its mid-drift. Suffice to say, it was hardly MACBA or Hollywood High. A dozen years later and one way or another I’ve found myself inhabiting a room on the sixth floor of a monolithic housing facility, south of the river; with access to unlimited London spots. Being a chaotic mismatch of old and new, London is a street skating hotspot. A skateboarder can have endless recon missions traversing zone-to-zone on a hunt for skateable obstacles. It is almost passé to say that skaters perceive urban landscapes in different ways to the average civilian, but it’s true. 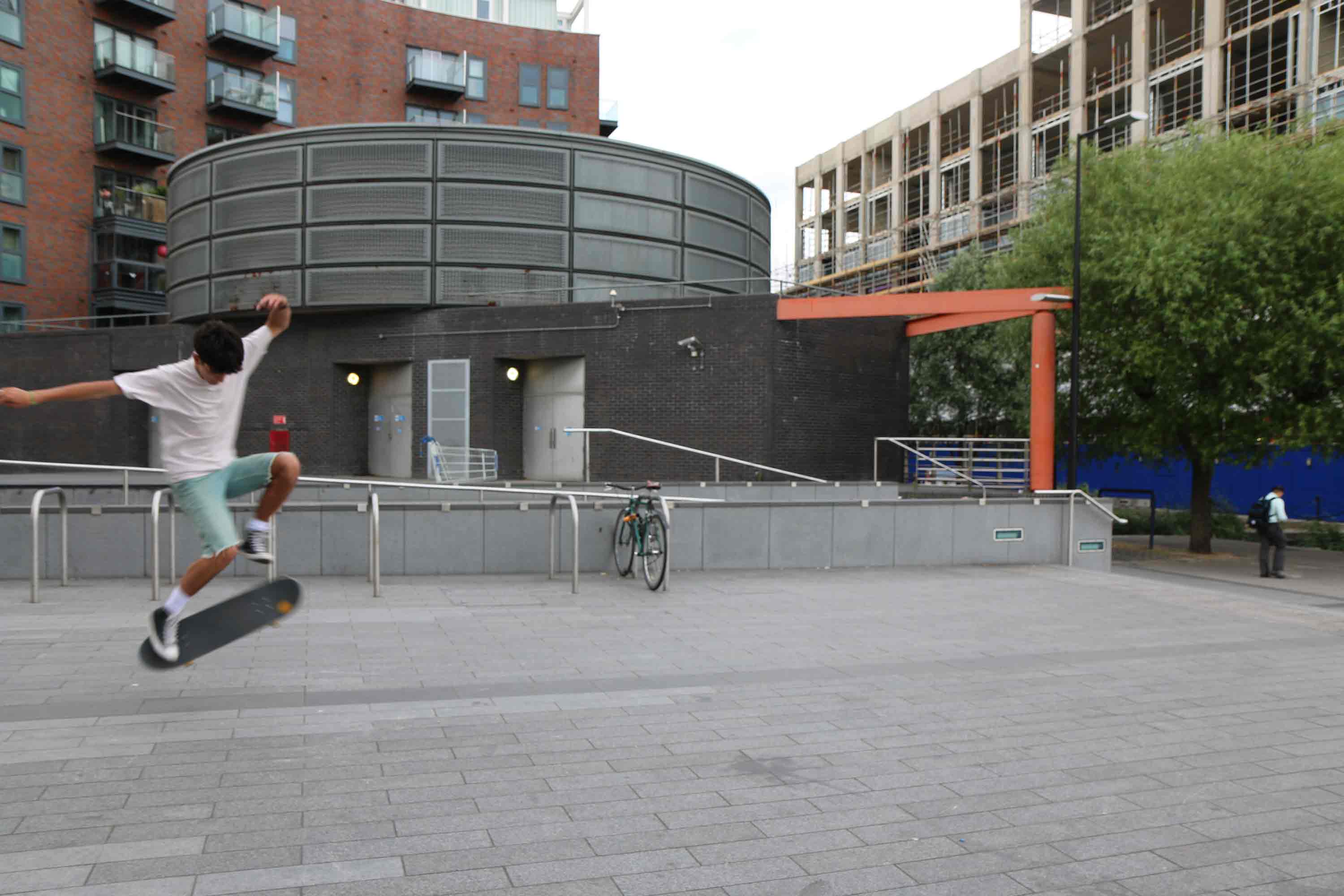 The south side of the Thames is rife with hills: Telegraph Hill, Tulse Hill, Denmark Hill, this hill, that hill… The list goes on. But, one particular favourite of mine is The Point in Greenwich, which has an ashperical view of London – similar to that from the top of Greenwich park, without the crowds. Atop the crest of the hill you can scout out the best hills to bomb and plan routes through south east London and beyond. For this reason it makes for a good beginning or end to a session. Any skaters reading this that happen to be in the area, check out Pig Sty Alley, which featured as the last clip in my video “Not Even”, it’s hands down the gnarliest bomb in the area.

Also south of the river is Canada Water, one of SE London’s more modern spots which we filmed the second half of my story at. Well known by anyone from the city, but perhaps not so much for those outside. In my mind it’s not the best-looking spot with its brutal greys and lack of leafy greens but that’s probably just me fetishising the crock of shit rural spots I grew up with; it is undeniably a bloody good place to hone your skills. It features a large open space, uncapped ledges, drops and stairs. But be careful of the board sized gap under the rail between you and the water, I’ve seen many a board take the plunge.

(New skaters may not be familiar with this spot, but old heads will have a special relationship with this spot – recently liberated by the palace crew)

Vicky Benches (situated unsurprisingly in Victoria) is a legendary London skate spot. Skated by the UK legends such as Toby Shuall (See Unabomber – Headcleaner) Mark Baines and Nick Jensen (See Blueprint – First Broadcast). Having been prominent throughout the nineties and early two-thousands, it was sadly capped and deemed un-skateable for over a decade until late last year when the palace crew liberated the spot. Watch Lucien Clarke’s Palasonic part, which pays homage to Toby’s Unabomber part sixteen years previous. A household name for a lot of London Skateboarders, but potentially unknown territory for the newer generations; go shred a piece of history.

This spot featured heavily in my video “Not Even”. A truly obscure spot that only South Eastern crews will know about (See Josh Simpson’s BS Bluntslide). In the courtyard of the estate lays a peculiar arrangement of brick obstacles, banks and rails, which seem to fit no other purpose than skateboarding. It encapsulates an emphasised image of gritty London skateboarding and looks incredible through a lens. Being possibly the most derelict looking estate in London, I can imagine that it won’t stay around for much longer. So, get there whilst you can. P.S. It’s not the safest of areas so keep your wits about you!

Last, but certainly not least are the ledges at the Library in Deptford, Giffin Square. Around this area is where we filmed the first half of the IANDME video. We’ve come full circle here as this is where my love affair with London skateboarding started and where I have filmed a huge number of clips over the years. It is at the heart of Deptford and is a living, breathing part of London, with locals and lurkers in abundance. The spot itself features seven ledges running parallel to each other, wallie blocks, gaps, benches and smooth flat-ground. It can be a bit busy on market days, but if DO you happen to be there on one of those days, consult Jerry for the best burger around. 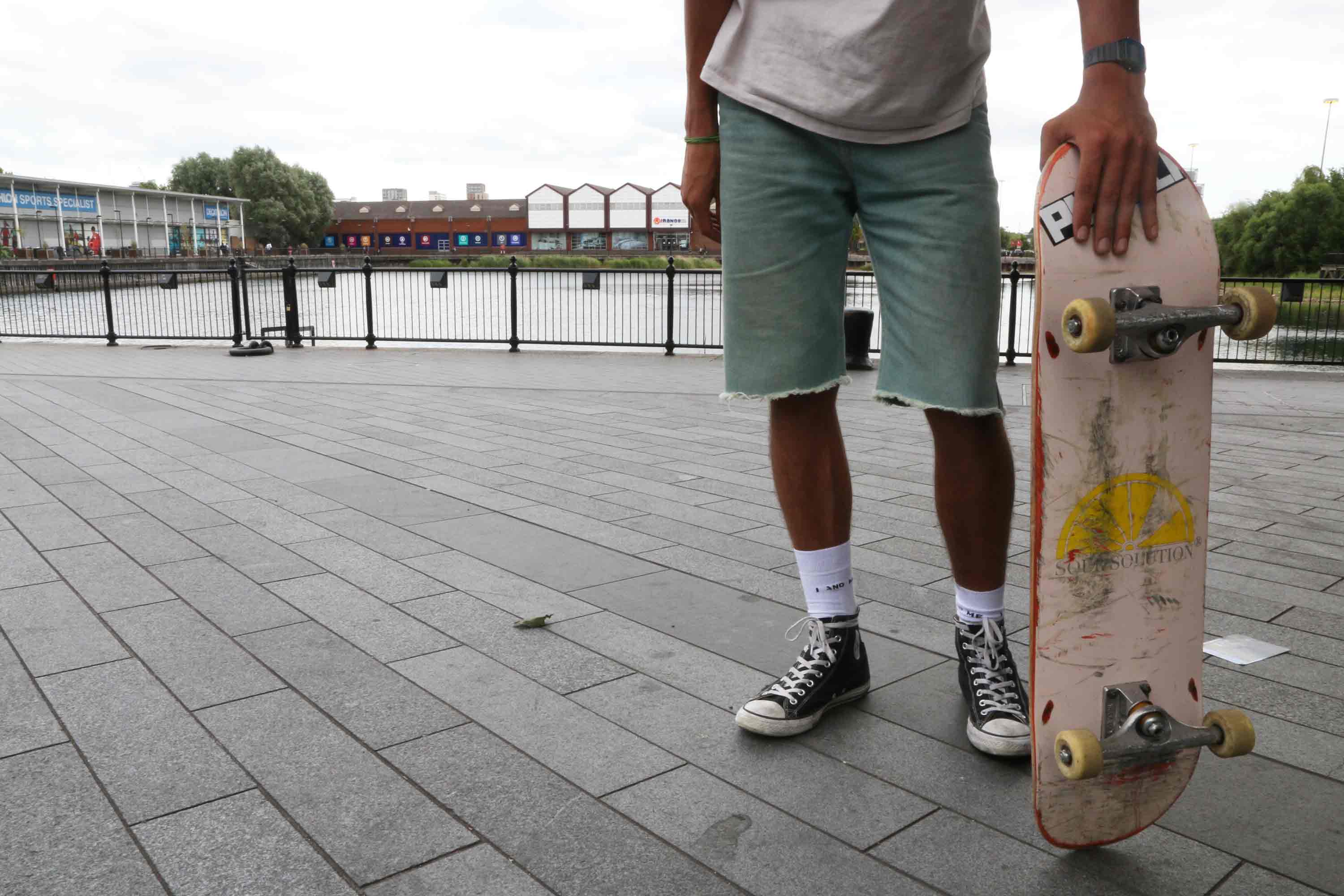