We’ve been saying it for years but now it appears to be official, cats are the next must-have fashion accessory.

The latest incarnation of Givenchy’s new campaign stars a roster of cats adorning entire billboards (all rocking the Givenchy collar of course) and most recently, dozens of A4 ’Missing Cat’ posters popped up across London, Paris and Milan. Both are striking examples of the Clare Waight Keller renaissance at Givenchy, namely, the way in which she has chosen to look back instead of forwards by immersing herself in the heritage of the brand; specifically the nod to Hubert de Givenchy’s feline prints collection from 1953.

If you see a ‘Missing’ poster in your city, tear off a strip, visit the Givenchy website and enter the competition to win tickets to attend Keller’s debut men’s and women’s mixed show in Paris next week (October 01).

Speaking on the decision to showcase her debut collection at the Givenchy helm with a mixed show, Keller explained…

“To me, Givenchy is a world where women and men alike are strong, stoic and mysterious,” she told The New York Times of the campaign. “They own their power, and share it equally.”

And cats too though, right? 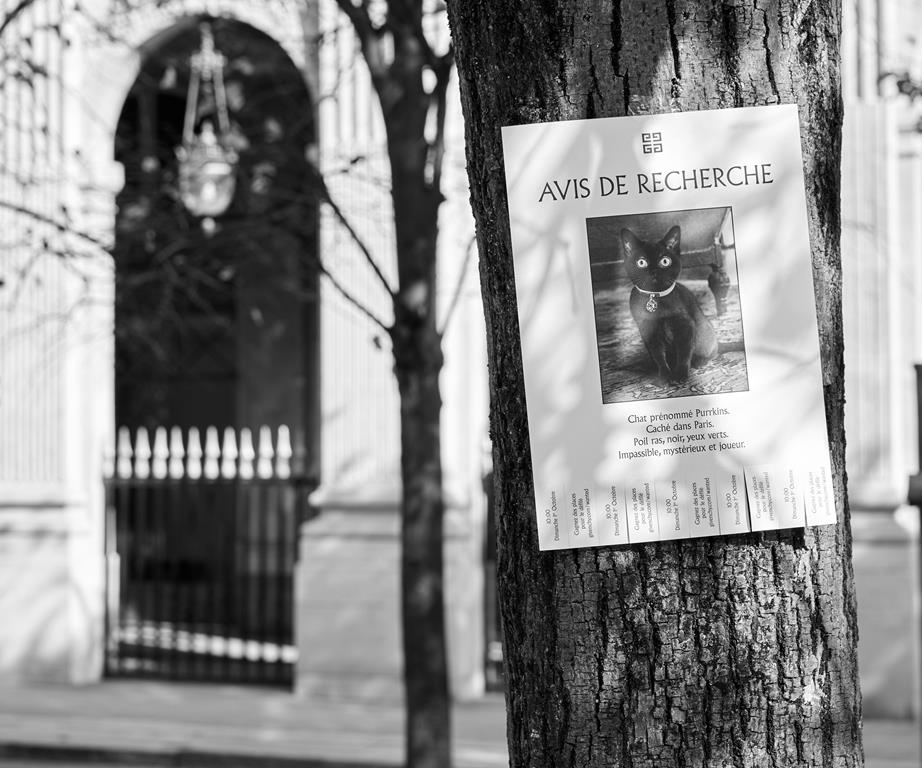 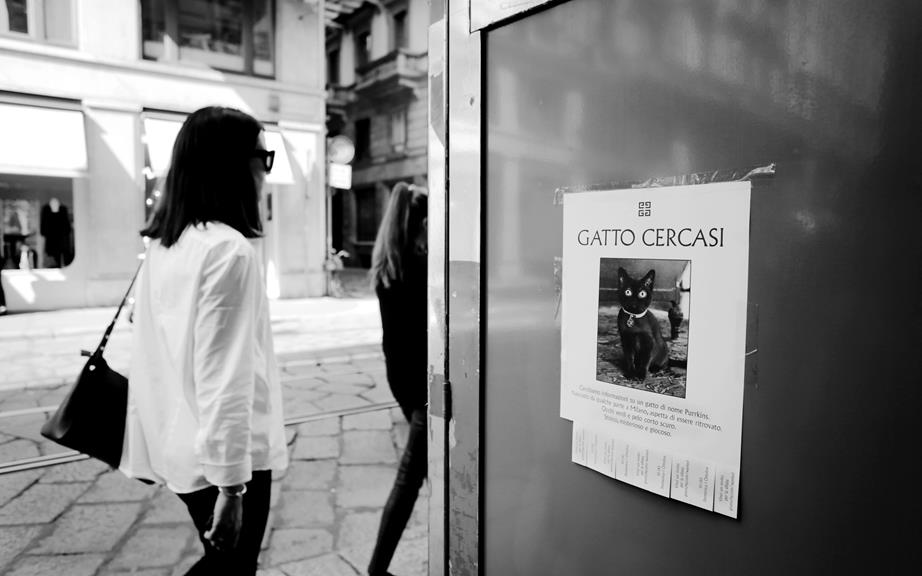