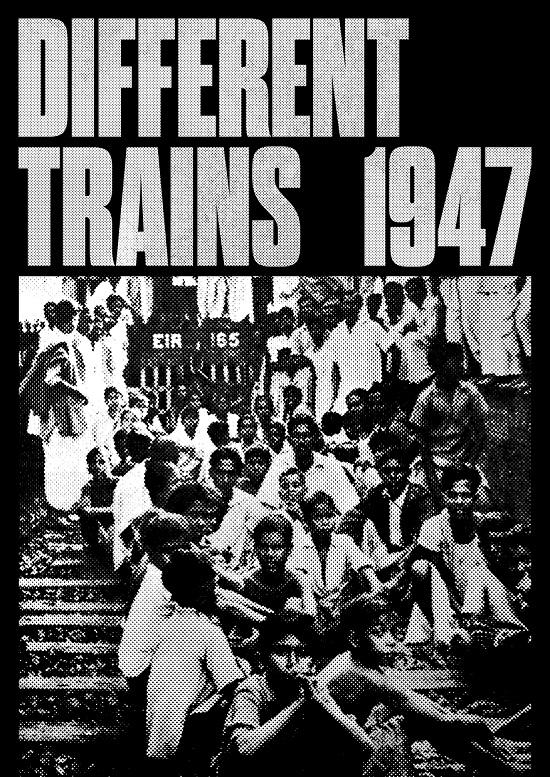 Barbican Centre played host to ‘Different Trains 1947’ on Sunday; an evening of music and film celebrating the 70th anniversary of Indian independence.

In what was described as “a result of an open-ended creative exchange between artists from the UK and South Asia”, and using the ‘conceptual and formal framework’ of minimalist master Steve Reich’s 1988 composition ‘Different Trains’ as a primary source of inspiration, Actress (Warp / Ninja Tune) and Jack Barnett (These New Puritans) traveled to India in search of clues for their work in-and-amongst the culture and infrastructure of the country.

The Standout performance of the night was by Mumbai-based producer Sandunes (Sanaya Ardeshir), who, alongside the utterly flawless drummer Jivraj Singh, drew upon her own family’s history to compose a piece around a series of interviews of her grandmother ‘as she narrated the story of my grandfather Adi Ardeshir’s arrival in Bombay from Karachi in 1945.’

“If he’d known how difficult it would be to go back, he would not have left his family and gone to India for work. Yet that’s where he met my grandma and got married.”